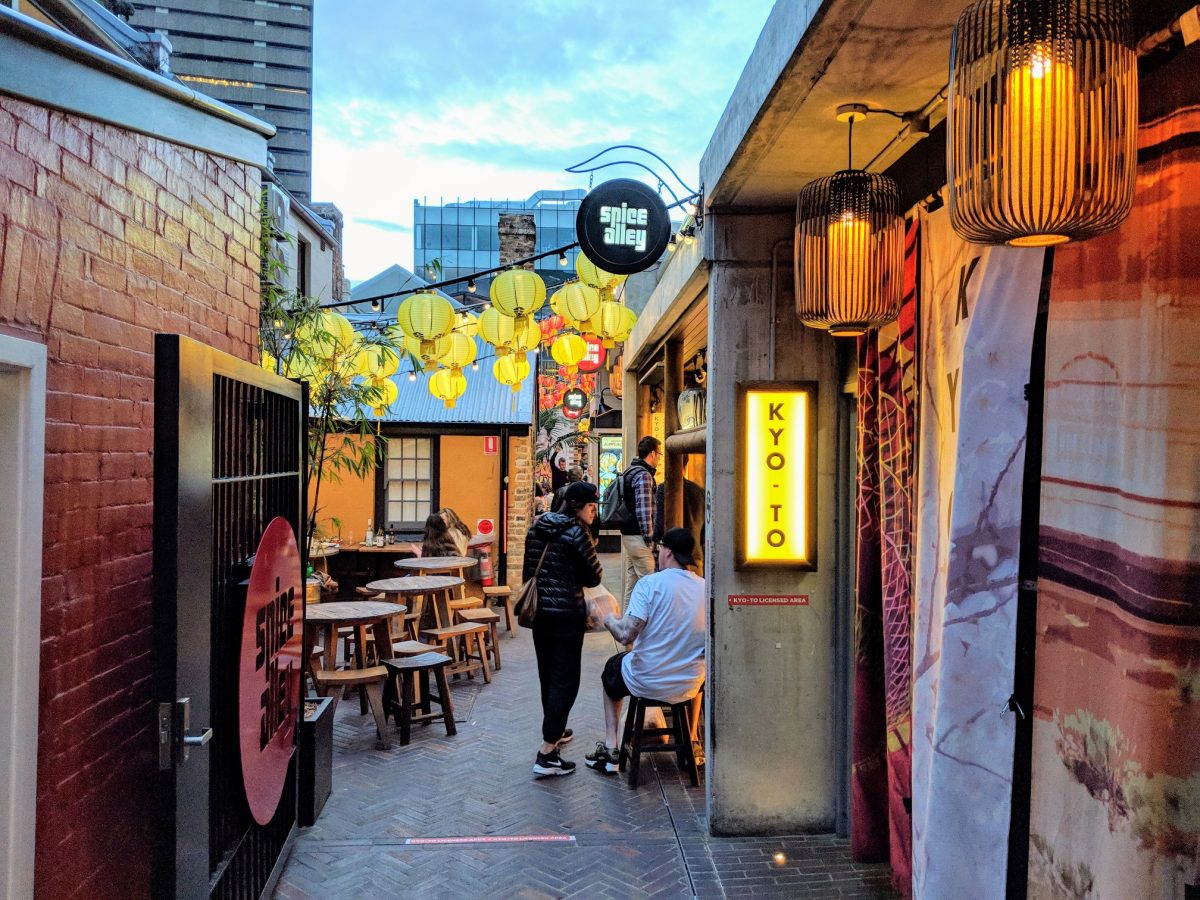 Over the weekend, I went to WordCamp Sydney 2018. Social drinks were organised but before that we had to get something to eat.

We thought we’d go to Central Park Mall seeing as it’s on the other side of Broadway.

However, we ended up at Spice Alley which I had no idea about, I didn’t even know it existed.

It’s an alley, obviously, full of Asian cuisine. If you’re into this type of food check it out.